Learning from a talented photographer 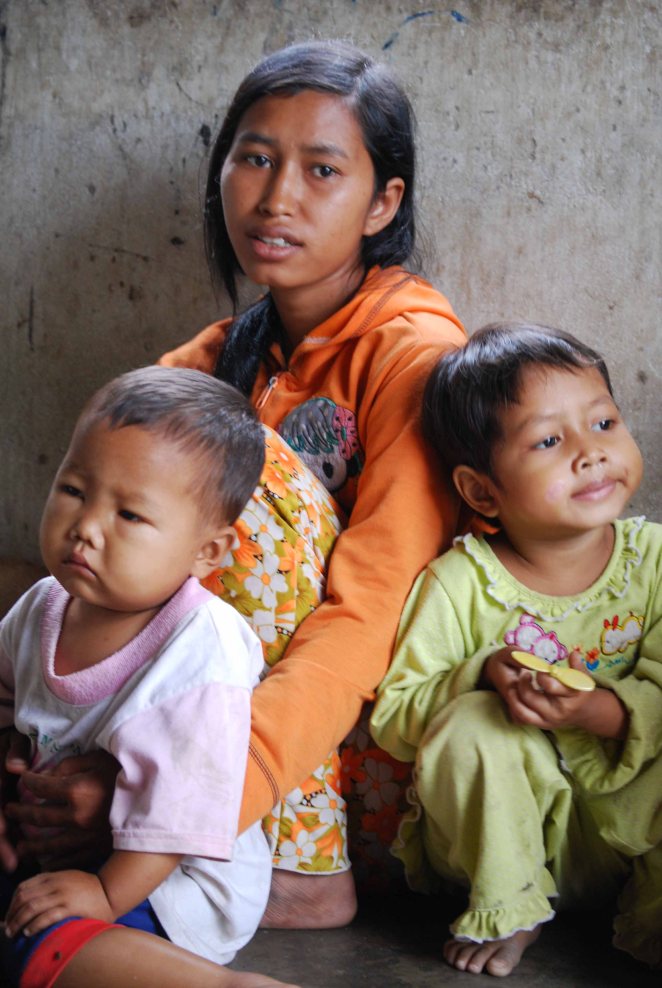 One of my great joys in joining the blogging community is connecting with talented artists all over the world. I enjoy following the blog of Otto von Munchow, a photographer and workshop teacher based out of Norway and Seattle. I learn a great deal from him, especially from his very generous offer to critique photos from readers: In Flow Picture Critique.

I submitted the above image to him, and below is his critique as well as my response, and another photo from the same day – I wonder if the second image is stronger?

This is a very nice picture of a sisters and nieces (at least as the name of the picture indicates). The older girl looks straight into the camera, while the two younger siblings (?) look away in different directions, one seemingly content and the other somewhat more grumpy. I feel a close intimacy between them, enhanced by the physical closeness as well as by the obvious trust and confidence between the three (although the older girl looks a little sceptically at the photographer). It’s a very sweet triple portrait. The one thing I wish for is some more space around the three kids. As you have framed it now, you cut off the shoulder to the right, the arm to left and the foot in the bottom of the image. It becomes a little too tight and cramped in my eyes (but others may disagree with me – so go with it if you agree or just disregard this part if you don’t agree. After all it’s you and only you how know what is «right» or «wrong»). It would also give more space in the direction the two younger kids are looking. The moment is maybe not the strongest. I don’t know how long you stayed with the three kids, but when shooting these kinds of situations you just have to spend time with the subject. Stay and stay even longer while you keep shooting. I mean spend half an hour or more. At least. You have captured a sweet moment as it is, but something really magical could have come out of the situation if you had only waited longer, something that made the three of them relate to or interact more with each other. I few thoughts on processing: I think the faces would benefit from a bit of increased contrast – or even better if you work in Lightroom; a little increase in clarity. I would also have darkened the left arm of the white t-shirt on the kid to the left; as it is now it’s too washed out. If you in addition darkened the edge of the frame, the viewer will focus more on the faces. Finally I might add a touch of a warm tone, for me it seems like the white balance is a little bit off. But maybe, again, this is the way you like it, so who I am to tell. It’s no doubt a really lovely portrait of three kids. I really like it.

Thank you so much Otto! I really appreciate this input. I absolutely agree with your advice to include more space and clues around the people as to their situation. I’ve sensed this intuitively, but now feel empowered with your recommendation. I was shooting with a zoom lens at the time and wish I had not cropped it so close.

The oldest female is actually the mother of the younger two girls, and we were interviewing the mother concerning her younger sister’s (age about 8) inclusion in an orphan home. Their mother passed away in a mountain accident; and in the matriarchal society, this young woman was now head of household of her own two children and four or five younger siblings. I was struck by the mother’s dignity and love for the younger people around her, and yet her desperation. As you mentioned, I wanted to capture the intimacy of the three and yet the disintegration because of their situation.

All of your input would have made a better image, and I will learn from it for the next opportunity I hope I will have. You are so kind and generous to help others grow as artists. Many thanks!

Maybe this is a better image?

I wonder if this is a stronger image? My heart broke for this brave young woman – I wanted to capture her courage against insurmountable odds. With all that her own family was going through, she was deeply concerned for three recently-orphaned neighbor boys whose mother died in childbirth.

trying to find a way through, 2011, Vietnam (c) Colleen Briggs

3 thoughts on “Learning from a talented photographer”