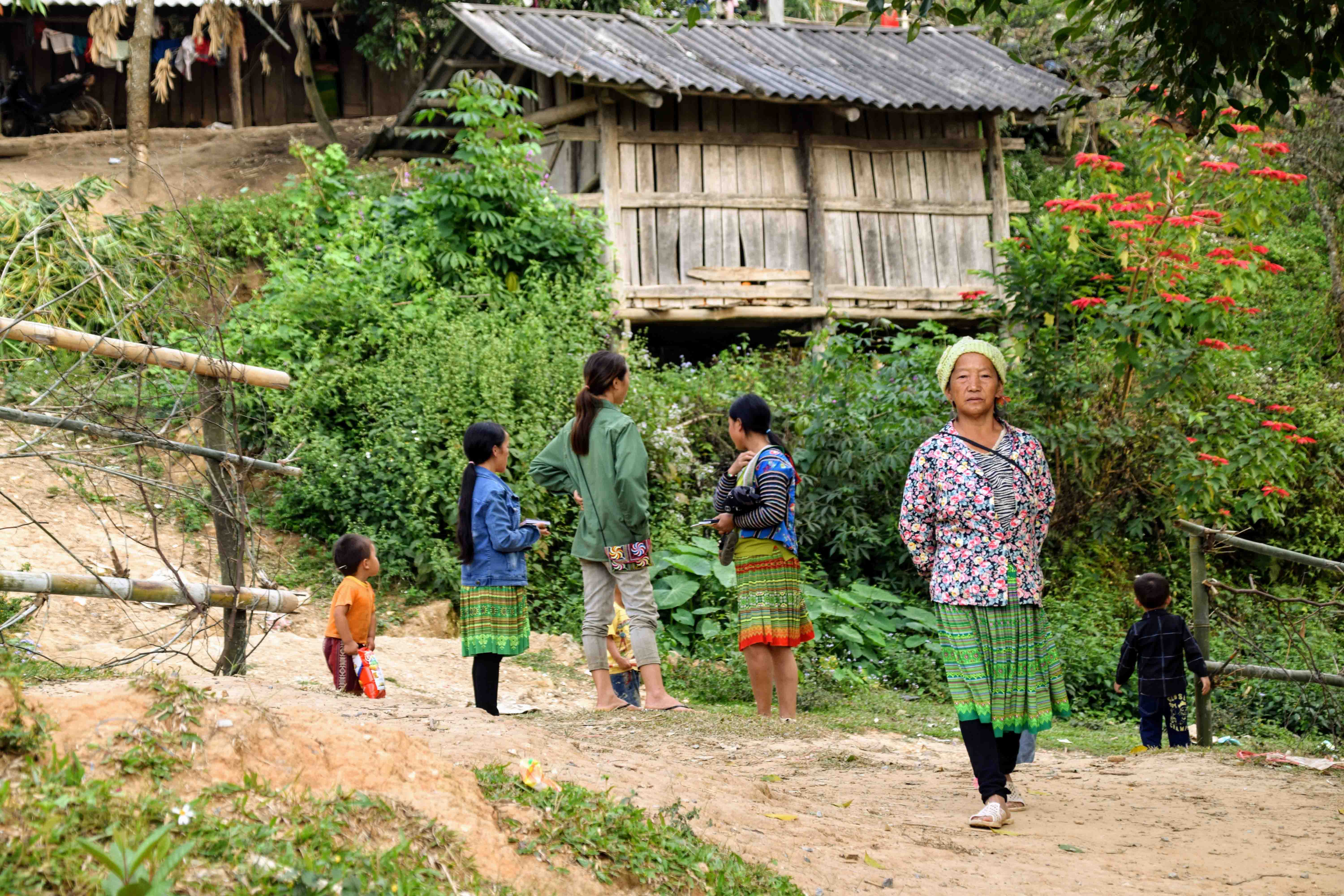 Who Is My Neighbor? 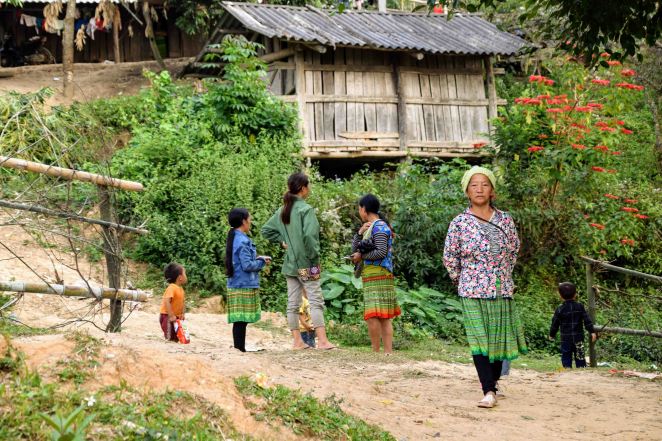 I’m about as far from my Colorado Springs downtown neighborhood as possible.

The organized streets and neon lights of a modern city fade far away as asphalt yields to a rutted, mountainside-hugging dirt road, and then to a slice in the forest where men on motorcycles cluster.

I straddle a bike behind a smiling Vietnamese man. With a rumble, we launch into a blur of green. I grab hold of the bars behind me as we jolt along the rim of an expansive vista. Then I let go with one hand, clutching my phone in the air to take video. I’ll need it later to prove to myself this really happened.

Surely, I’m on my way to the ends of the earth.

A crowd comes into view, standing near rugged wood structures. The bike grinds to a halt. A woman watches, clothed in brilliant colors, holding the hand of a child beside her.

I hop off the bike, thank my driver, and trail after my friends who arrived before me. A stream of people materializes from the hillside, joining our parade. We pass a woman crouched on a floor of hardened earth in the shadows of a corrugated metal roof. She sorts through yellow maize next to a green plastic basin, her red shirt and orange head scarf popping against a backdrop of weathered wood. A clothesline runs over her head, slung with a turquoise jacket trimmed in intricate embroidery and large silver sequins.

The H’mong tribe are famous for their gorgeous clothing, hand-dyed and richly decorated. Although they have never developed a political structure of their own, their identity as a distinct cultural group emerged in the Yellow River region of China as many as 8,000 years ago. Conflicts with the Qing dynasty in the 18th century launched a mass migration southward.

In Vietnam, the H’mong settled mostly along the borders of the mountainous north. Traditionally semi-nomadic, living in an area for several years until the soil became infertile and then moving on, lack of land availability in the late 20th century limited them to permanent cultivation of one plot of land.

Most of Vietnam registers as a middle-income nation due to two decades of strong economic development. However, more than 60% of the 1 million members of the H’mong tribe live in grinding poverty (https://www.japantimes.co.jp/news/2019/02/08/asia-pacific/hmong-heritage-threat-minority-accuses-vietnam-co-opting-culture-boost-tourism/#.Xdgke1dKjIU). Suppositions for why include racism toward minority tribes, government fear of separatist campaigns, retribution for siding with the Americans and South Vietnamese in the American/Vietnamese conflict, and religious persecution.

However, the Christian church of Vietnam refuses to acknowledge these barriers. We walk up the hill following Thanh, a Christian leader with national reach. He and his wife stumbled upon this village while scouring the countryside for the last and the least. Due to his intervention, two orphaned children from the area now call a pastor and his wife in Hanoi, “Mom” and “Dad.” And thirty kids in the village receive tuition assistance and the support of a social worker. We arrive in the village as Thanh’s guests.

As we crest the top of a hill, a crowd waits outside a simple but elegant white structure with black-trimmed shutters. Eager smiles and handshakes welcome us. Soon we move inside the building. As shutters cast open, sunlight streams though black metal grillwork, pouring over rows of blue plastic chairs soon filled with chattering, wiggling bodies. The vaulted ceiling sanctuary explodes with sound and color, adults crowding behind children, faces peering through windows. 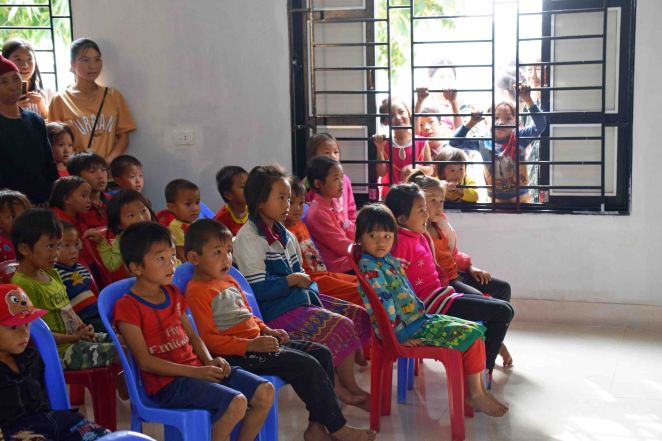 Our team presents a program, translated from English to Vietnamese and then to H’mong, ending with a grand finale as our Vietnamese friends direct the children to gather around huge trays of sweets and snacks. 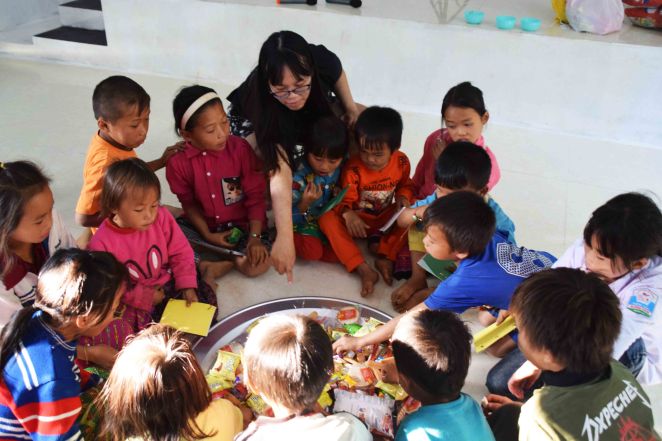 Thanh, who also galvanized a Vietnamese church in another part of the country to build the church, directs me to a home where two of the children involved in the scholarship assistance group live. I duck into a darkened single room, light sifting through walls comprised of planks of wood and, overhead, sheets of corrugated metal atop wooden beams. One simply constructed bed, a desk, and a bench piled with school backpacks provide the only respite from a cement floor for the large family who resides here. We move next door to a separate kitchen structure, anchored by a firepit in the floor with bundles of wood perched next to it. As Thanh and I emerge back into the afternoon sun, I notice a carefully tended flower garden bursting with color. 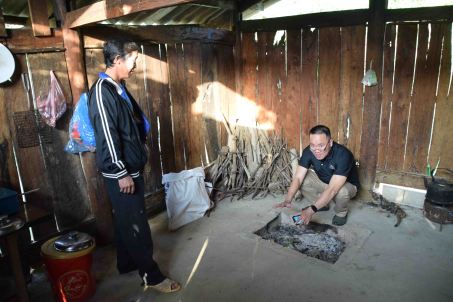 All too soon, it’s time to leave. Language prevents verbal affirmations as we make our way down the rutted dirt path with our new friends. But smiles and hugs communicate community – perhaps more powerfully.

In such a short time, this place has ceased to feel like the ends of the earth. These people are no longer an iconic tribe I’ve only viewed in books. Instead, the dirt I stand upon is now a place I have visited. A community to which I have been welcomed. Like a neighbor.

And now I can’t un-see what I’ve seen. I can’t un-know what I know. I can’t forget the smiles I exchanged or the hands I grasped. Nor the hair browned by malnutrition or the bodies ravaged by disease. Or the orphaned and vulnerable children who remain.

The people who live at the ends of the earth have become my neighbors. 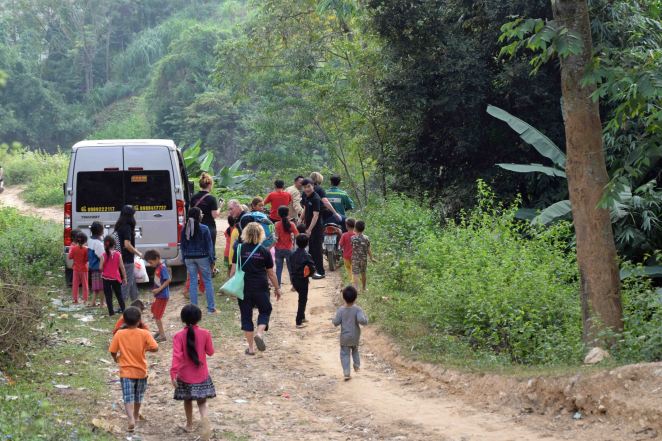 36 “Teacher, which is the greatest commandment in the Law?”