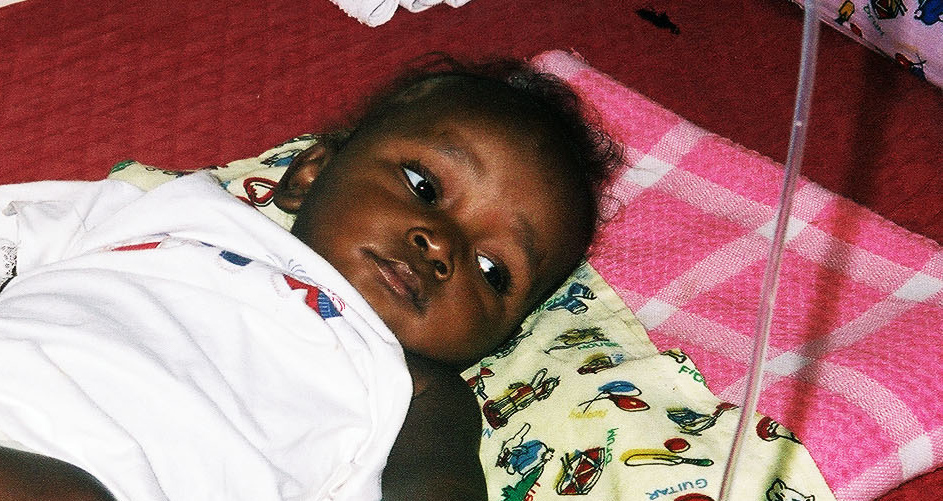 Another Day in Kenya – Chapter 10

Some time ago I began writing an account of my days in Kenya, of how Kenya has changed me forever. I am considering this manuscript a first draft as I both consolidate some previously written and some new passages into a cohesive story. Another Day in Kenya continues today…

To start at the beginning, click this link: Another Day in Kenya – Chapter 1.

Sarah died about a month after we returned from Kenya. My heart broke. At the same time, our family’s and the student’s grief eased as we learned she died peacefully while sleeping in her crib. And we rejoiced that her suffering was over. I imagined her home-going to heaven, her face lighting up with wonder as she finally realized the full meaning of her name – no longer an abandoned orphan, but a princess in the courts of the King. 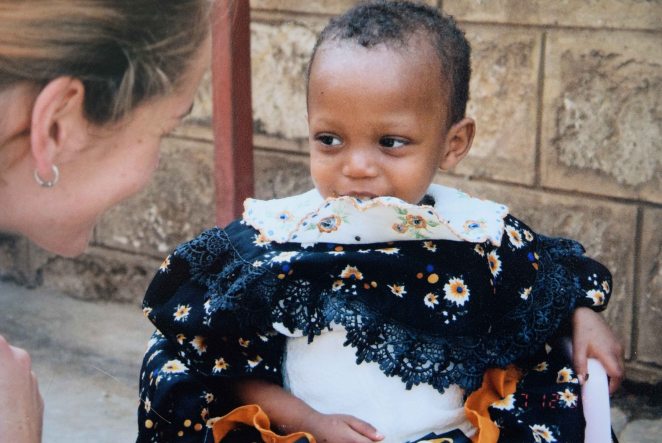 With the intensity of loving and losing Sarah and the hope of finding Emma fading into a return home empty-handed, my heart emerged from Kenya feeling trampled. I could only look to the Lord and wait as I tried to figure out yet again how to live normally in America while integrating new and keenly-felt insight into the lives of orphans in Kenya. 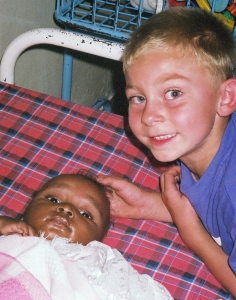 We spent so little time with Lilly, the baby my friend Janet was unable to adopt when Lilly fell ill and the sisters gave her a different child. Much of the time we served in the ward, Lilly was sick and on an IV. I left unable to connect with a Kenyan doctor on her behalf, regretting I could not fulfill my promise to Janet. I never saw Lilly smile when I was at the orphanage; but David and the boys, who served in the ward while I was at the hospital, visited her each day.

After we returned from Kenya, Lilly haunted our thoughts. Memories turned to prayer; and within a short time, we began to ask God if she was to be our long-awaited daughter. By mid-August, about a month after arriving home, we decided to claim her as our own. 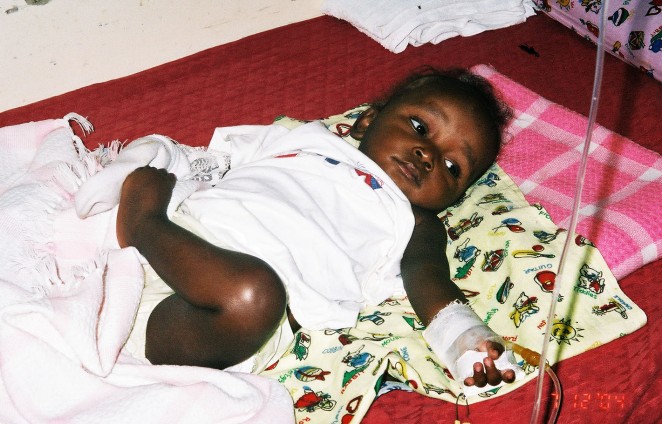 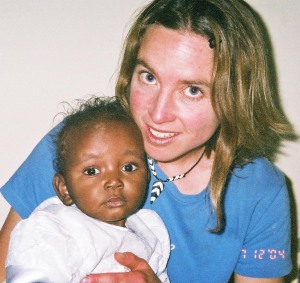 We enlisted the help of adoption agency Hope’s Promise and quickly completed US paperwork, even as we learned the process would be very different from Jedd’s adoption. Interpretations of Kenyan adoption law morphed during the three intervening years from 2001 to 2004. Kenya now required a 3-month residency in-country while fostering the child before full adoption could be pursued. However, American friends of ours gained guardianship of their Kenyan-adopted daughter, a legal process that required only 6-8 weeks in Kenya. Upon returning home, they completed full adoption in US courts. We felt that spreading our family of five, with three boys ages four- to seven-years, across the world for the time period required for full adoption would be impossible, but we could manage 6-8 weeks.

We hired the same Kenyan lawyer who completed Jedd’s adoption to oversee our guardianship case for Lilly. We decided to keep Lilly’s name although we changed the spelling to “Lily.” The meaning of “life and resurrection” reflected our heart’s longing as we prepared for her to come home.

In mid-October, I returned to Kenya with a small reconnaissance team from my church, commissioned to pioneer long-term ministry partnerships. We visited Pastor and Mama Karau’s newly-founded church, Mathare Worship Centre. Immediately and powerfully, God knit our hearts to theirs. My pastor and members of our team experienced the desolation of the slum and the hope of the church. As we danced together in a Sunday morning service, joy broke our hearts open as only worshiping in Kenya can. Somehow, God’s Presence never feels more real to me than in the cracks of earth’s suffering. My intrigue with this paradox only grew. The sisters embodied this other-worldly joy, and in the Karaus I encountered the same mystery. Every time I brushed up against it, my hunger only increased. I wanted what they had. 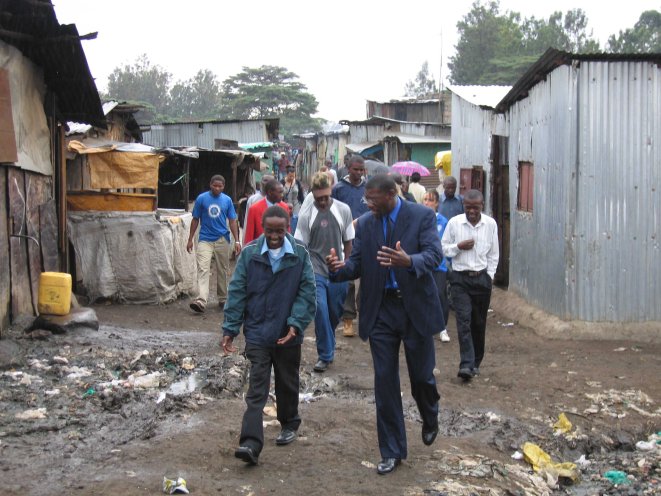 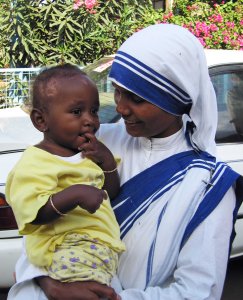 Our team also visited Mother Teresa’s. Of course, I hoped beyond hope to bring Lily home with me; but it was too early in the process. Only the Lord could give me strength to walk away and return without her. I left her sick, yet again, with bronchitis – in His arms. The next few months were excruciating. We sowed in tears, clinging to God’s promises that one day we would reap in shouts of joy.

By late December, all the paperwork was ready in the US and in Kenya. Once again, as with Jedd’s adoption, our lawyer fell silent. This time, we knew multiple people in Kenya who attempted to contact her, only to hit a wall of silence. My heart grew increasingly restless and suspicious that something was not right. By mid-January, my intuition was afire with unbearable anxiety. David and I prayerfully decided I would go to Kenya and explore the situation in-person. Through our previous visits to Kenya, we knew I could stay at the student hostel where we lived with student teams. We decided I would take our two youngest sons, both age 4-years. Amazingly, my mother and my father-in-law volunteered for this inter-generational rescue team.

On January 26, 2005, we flew to Kenya. My whole soul seemed to pulse with adrenaline and the certainty that this was the appointed time. And yet, I felt crazy disbelief that after all we had been through, after the incredible journey of loss and waiting, it was time for the season of claiming.

We visited Lily immediately after arrival, relieved to find her healthy, our hearts flooded with joy and anticipation. 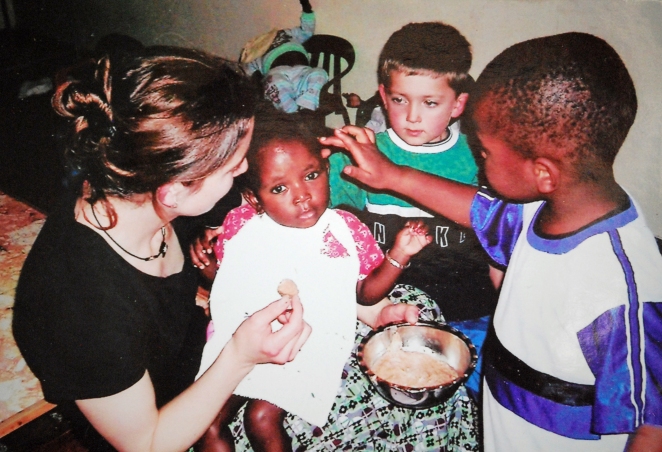 Reunion with our Lily, January 2005

I called our lawyer repeatedly, only to be told she was occupied and to call back later. We learned from the sisters they tried to track her down a few days before we arrived, but waited at her office for five hours before giving up. We, too, went to her office; but she was nowhere to be found. Within a couple days, a Kenyan friend saw a disturbing news feature on tv. Our lawyer was being accused of stealing a woman’s estate. We never saw or heard from her again.

Even as we encountered this terrible plot twist, nothing could dampen the delight of taking Lily “home.” On Sunday, January 30, I went to church in the orphanage compound, leaving the boys with their grandparents. After the service, the Sister Superior, Sr. Cletty, asked if I was ready to take Lily with me. At long last, the years of waiting culminated as I signed a foster-parent agreement. The sisters dressed Lily in a princess dress, yellow with silver sequins, and elaborate earrings and bracelets. Sr. Stansalata told me this story: every night, Lily would cry and keep all the babies awake until she kissed her good-night. She said, “Everyone loves Lily.” She placed a bag of clothing, toys, and food in my hands. With wide eyes, Lily sat on my lap and we left her first family.

We pulled into the compound where we were staying. My mom, father-in-law, and sons were over-joyed to discover Lily in my arms. Justin and Jedd, enamored, blew bubbles for their new sister. Lily fell asleep in my arms and after a long nap, during which her brothers checked repeatedly to see if she was awake yet, I gave her a bath and dressed her in the pink overalls my mom sewed for me when I was a baby. The boys showed her all their toys, one by one; and Jedd even handed her his most prized position – a toy bat-mobile.

Grandma, Papa, brothers, Mama – we were smitten. Some how, some way, no matter what it would take, we would get our Lily out of Kenya.

Thankfully, we were blissfully ignorant to the ordeal that lay ahead.