When Normal is Beautiful 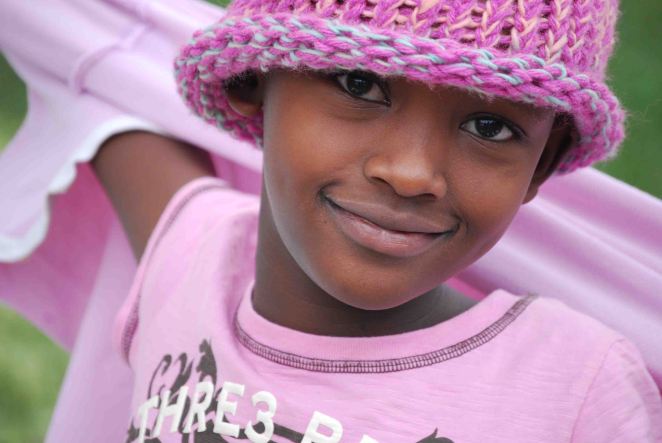 Only those who witness the nightmare these kids survived can begin to grasp the enormity of the word that Steve, our dear friend from Kenya, used to describe the current status of the Sanctuary of Hope (SoH) family:  “normal.” He seemed a bit sheepish to employ this simple descriptor while speaking to a gathering of SoH friends in Colorado. Perhaps he suspected his listeners hoped for more drama. But he spoke to past visitors to Mathare Valley, the second largest slum of East Africa. The people in this group once stepped over its open sewage ditches; they smelled the mixture of odors from cooking, sickness, and rotting debris; their minds registered the shock of seeing children play in the same river that buoyed dead pigs. He shared this word with people who could truly celebrate the miracle of “normal.”

I vividly recall a conversation amongst Hope’s Promise orphan home house-parents that took place in Nepal in 2012. They originated from two different countries, Kenya and Nepal, and relied on translation to understand one another’s words. But across cultures, they empathized with the experience of what it is like to bring an orphan home. They laughed affectionately about boys who were terrified of rain in the house (a shower). They soberly recalled children who ate until they vomited. They commiserated about little ones who had never eaten with a utensil, never used a toilet, never seen the inside of a car. No matter the country, they agreed, orphans cry in the night:  children terrified that love will go away yet again.

Yes, indeed, to describe twenty-four former orphans from a slum of at least half-a-million people crammed into six square miles as living a “normal” family life – no looming crisis, nothing out of the ordinary – is truly a miracle.

Earlier this year I sent bags of bead mixtures to the Sanctuary of Hope family in the suitcase of my friend and Pamba Toto cohort, Debbie Lee. Now, as I admire the vibrant-colored bracelets the kids made and returned to me, I close my eyes and day-dream of them all there, together, in the playroom. Sun streams through the window, the music of laughter and chatter bounces off the walls.

I see Stacy in my mind’s eye, determined and persevering. She struggles with fine motor control. At age 2, she was abandoned in a hospital for a year after fighting off meningitis. It happens sometimes in the developing world; no one can pay the bills and so a child is left in a hospital and kept alive with minimal care. To this day, her ear is deformed from lying on one side so long. But with that will-not-give-up glint in her eye, the will that surely sustained her through this horrific experience, she patiently strings bead after bead.

I envision Mark, with his shy mischievous smile. I can’t help but compare the orphanage ward where once he lived. The large, echoing room haunts my memories. It contains a long wooden table, twenty or so little kids, and one adult keeping watch. Here in the SoH playroom, a mom, a dad, and multiple “aunts” and “uncles” applaud his every effort.

David at his home in Mathare, 2006, photo by SoH staff

I see David in my mind’s eye, trapped in his old life in Mathare. His mother returns in the morning and collapses in a drunken stupor. He is released from the one room shack like a caged animal. Four years old, he forages through neighbor’s trash for breakfast. Now, he filters beads through his fingers instead of garbage, searching for just the right color.

Threading beads onto wire is such a “normal” activity for a kid. I thank God that the precious children of SoH can fully embrace their new reality. They can do what kids are supposed to do – create, laugh with their parents, dream. 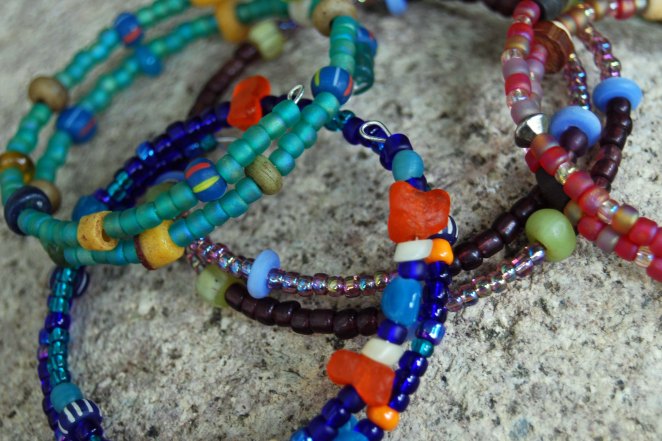